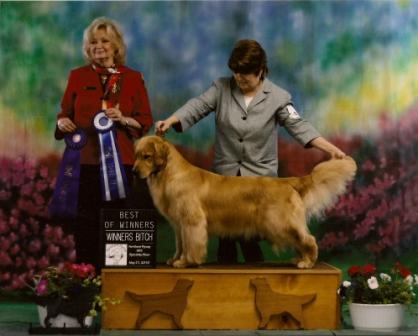 We are so excited to announce that Nikki finished her American Championship right in her home town. Nikki took the major win on July 17, 2010 under Barbara Alderman, that gave her a second major. We just needed 2 points to finish and on Sunday July 18, 2010 under Keke Kahn we to BOW to finish Nikki CH. This is the first dog that I bred that I put a championship on, so it makes it even better. Nikki is the second dog to finish out of that litter and Lambeau is just one major away. We know he is going to finish at our Central Specialty, Lambeau wants to finish in style. I am very proud of Jessie and Lambeau they are a great team. Pictures to follow soon. 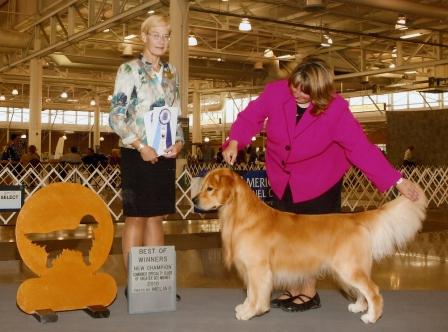 This has been an amazing year for the Fly Litter (Ryder-Allie). Lambeau finished his championship at the Des Moines Golden Retriever Specialty with a 4 point major. Lambeau is the 3rd one to finish his championship. Way to go Jessie and Lambeau. I am so proud of both of them and especially Jessie, there was times when she thought it would never happen but she did not give up. Picture to follow soon. 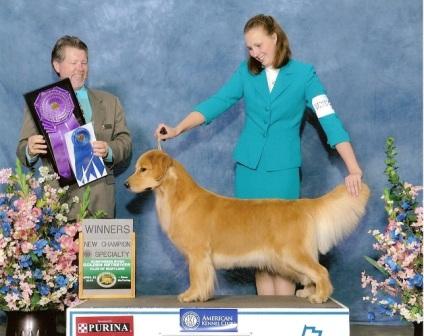 Amelia was the first of the Ryder-Allie kids to finish her American Championship. Thanks Mary Ann for the wonderful job you have done with Amelia. Also Amelia has a agility title.